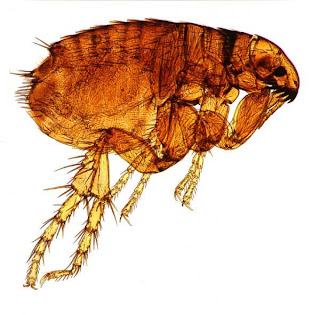 Microscopic image of a flea. Scientists have determined that vacuuming kills fleas in all stages of their lives, with an average of 96 percent success in adult fleas and 100 percent destruction of younger fleas. (Credit: iStockphoto/Oliver Sun Kim)

1) Vacuum
Yes, as basic as this seems, according to an Ohio State article* simple vacuuming can kill up to 96% of the fleas living there. Considering that the toxic topical chemicals claim a 99% kill rate, this is pretty good. And at least vacuuming doesn't leave toxins in your pets' tissues. One additional step is to add some Diatomaceous Earth to the vacuum canister or bag. That will kill any that survive the brushes and whirlwind. Don't forget the pets' bedding and furniture.  Quick note on the cited article, it was from 2007 and since then we've seen some issues with the topical that the older article was unaware of when it stated that the topicals were  devastating the flea population. In fact the topicals have led to a super flea that is not succumbing to the topicals. But that shouldn't surprise anyone, when the topical packages state that they kill 99% that leaves 1% to carry on and it seems that their offspring are immune. 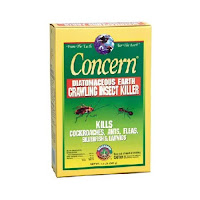 As a mechanical killing device this is great stuff. Known as DE and used as a filtering agent for pools, DE is finely ground skeletons of lichen that act as cut glass on an insect's exoskeleton making them die fairly fast of dehydration. This stuff is only dangerous if breathed in. So don't use it in front of a fan! It doesn't work once it gets wet, so it's not useful outside. Sprinkle it on the carpets, leave it for overnight or as long as practical and then vacuum it up. On wood floors, sprinkle around the parameter and sweep across the floor so it gets into cracks. Do this AFTER any mopping, since as I said before, it doesn't work once it's wet. I had a horrible outbreak in our detached garage, literally could see the fleas jumping, hundreds or thousands of them! I sprinkled the DE all around and throughout. Then I walked away for a week. When I stepped back into the garage, nothing. Not a single flea jumped on my legs. I swept it into a pile and vacuumed the pile. Amazing stuff! 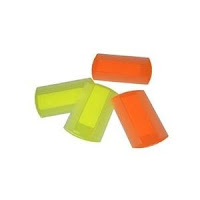 The trick here is to find a great comb and place the captured fleas into soap water. The first part is hard. I am still using my great flea comb that I bought about 10 years ago for under a dollar. These cheap little plastic combs, when the tines are tight enough, get all the fleas, eggs and flea dirt off your pets. Personally the little plastic cheap combs work better for me than the more expensive steel ones. I have tried the more expensive ones with handles and they worked better on my American Eskimo dog with her super thick coat. But for my DSH cats and ferret, the little guys are better. Most how-to's say to dip the comb into the soap water. I find this a total mess. I comb then flick the tines to shoot the fleas into the water. You'll aways get some pet hair on the comb and when the comb gets wet it's just yukky, that's all I can say.  Use a flat-bottomed container 1/3 filled with water and a dash of dish soap to dump the fleas into. I say flat-bottomed since pet grooming always has the chance of becoming messy and I'd rather not knock over a bowl of dead fleas and fur! I use old large yogurt containers. My cats love this time together and virtually line up at the couch for their turns! I do this while watching TV. I dump the water out by my compost pile after it has sat for at least 30 minutes.

4) Garlic and Yeast Powders for Pets
I have added garlic and yeast powders that were made for pets to my pets' food in the past. It seems to work, and there is the added benefit that these things are good for our pet in other ways too. It's primarily the garlic that repels the fleas. I found a pure garlic powder for horses at PetsMart once and sprinkled it on the food. Since I also do all the other things listed here, it's impossible to say how much this contributed.

5) Baths
For dogs and ferrets, a good bath is a good start. I would vacuum, DE and comb first. Then the bath will get the few remaining fleas and once gone, the carpets won't re-infest. Just remember when you bath the pet it is not the toxic chemicals that you need so much as the solid 5-10 minutes with the soap soak! Once the pet is wet, apply the shampoo and lather like crazy, touching on all the favorite flea points, the base of the tail, the ears, the under arms (legs), under the chin, etc. The hard part is keeping the pet still for at least 5 minutes and the more the better. It's the time that kills the fleas. When they get wet they "lock down" onto the pet. It takes that much time before they release some and can be washed off. Then make sure the pet is rinsed very thoroughly since any shampoo is drying on a pet. Dry time is always the pet's favorite and just like with the combing, it's a great bonding time. Use a large absorbent towel and have fun! I've heard that those large shamwows really do a good job.

I personally don't believe in bathing cats unless they have a skin condition that requires it and then only under the care of a Vet.

So there you have it. Flea eradication without chemicals. I highly recommend reading the EPA's tips as well as their report on the toxicity of the topical flea treatments.